﻿The Power of the Chi: Life, Nourishment, and Better Sex Life

Many things has been said about the Chi, the Chinese word for “internal energy.” Some say it is the “power within” that emanates from the air we breathe and transforms into a life force within our body. In Eastern beliefs, the chi is responsible for self-healing, self-recovery, and self realization. All life in the universe is inspired by the chi, it is the life force or vital energy that is present in every living thing. According to Chinese beliefs, the chi also enables martial artists to accomplish physically impossible feats like breaking bricks with bare hands and feet. Once the chi is manipulated, performing such feats would be easy. In addition, the chi is also seen as the force that controls the entire universe. This life force is called ‘pneuma’ in Greece and ‘ki’ in Japanese.

What is the chi? And where did it begin? History says that in A.D. 527, an Indian monk named Bodhidharma traveled to China. The purpose of the journey was to teach his fellow monks exercises to develop and strengthen their bodies. In his journey to China, Bodhidharma wrote a book entitled “Xi Sui Jing.” This book was about breathing and meditation, it is believed that this book taught the power of the chi. Bodhidharma, is also the author of a book entitled, “Shi Bao Luo Han Shou” (The Eighteen Hands of Lohan). Historians consider this book as the first manual on offensive and defensive combat movements. This book gave birth to “Kalirapayat,” believed to be the mother of all martial arts. These facts explain the close similarity of the postures in Chinese martial arts and yoga. Both traditions focused on the lower abdominal region as the center of all human energy (chi, pneuma, ki). Martial arts and Yoga were both developed to promote a healthy body, increase lifespan, and attain a state of bliss.

The chi, according to traditional Chinese medicine can be developed by breathing, chi meditation, and visualization. The Chinese discovered that the chi travels in the human body through channels called meridians. These channels are the pathways of positive and negative power—the ‘yin’ or ‘yang’, the basis of the direction in which the chi flows on the body. The ‘yin’ energy comes from the earth and flows from the feet to the torso, the arms, and the fingertips. ‘Yang’ energy flows from the sun to the ‘yang’ meridians from the fingers to the face, or face to the feet. Meridians are found in the teeth, organs, tissues, and other parts of the body. Through these meridians, the chi enters the body and flows deeper to organs, blood vessels, glands, and other body parts. This flow of the chi gives these body parts life, nourishment, and energy.

The chi as stated can be developed by breathing, chi reflection, and visualization. These entities can be achieved by undergoing activities that includes meditation like tai chi, yoga, and martial arts. These moments of stillness may bring short periods of relaxation and improve one’s self-esteem. Activities that aid in developing the chi also improves one’s libido and overall sexual health. People who frequently undergo yoga, tai chi, and martial arts training partake in physical and conditioning exercises. Studies show that undergoing such activities leads to more energy, better self-esteem, and increased testosterone levels. Additionally stretching warm-ups involved in this activities massages the internal organs of the body enabling them to function properly.

Still, Bodhidharma was careful to teach his monk-students about the virtue of moderation. He taught them that even in martial arts and other physical activities, care must be exercised to avoid over-training. Some studies show that too much intense physical training may have an effect on one’s sterility. An investigation by health experts revealed that over-training causes fatigue, which then temporarily reduces sperm count and quality. Specialists say that this happens because the body literally “kills” itself during training. To build muscles and improve the body, it needs to recuperate to attain normal cell development. Intense physical activities may reduce the level of hormones in the bloodstream that affects sperm production. Medical experts believe that sperm levels return to nearly normal after about three days. They added that drinking coffee after a few hours of training may protect sperm quality because of the antioxidants that are found in caffeine.

In this era of technology, the power of the chi has been taken for granted. More and more people have been busy with work and prefer to watch movies, TV programs, and video games instead of sweating out. They spend more time in front of computers instead of taking time and keep in touch with their body. These activities may lead to poor health and energy and low self-esteem. Understanding the power of the chi and how to develop it can lead to better health and improved lives

Eliminate All Your Money Worries 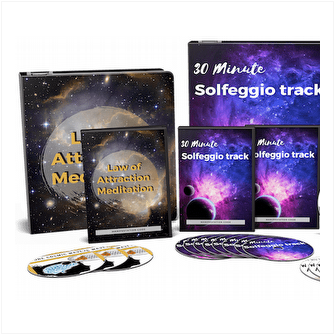 In this system, you will receive powerful, mind-altering audio tracks that allow you to raise your vibration state rapidly. And ha[...]
Read More
⇛ view similar products
How To Get Her Back

Making one of these 5 brutal mistakes will destroy your chance of getting your boyfriend back in your arms. We will teach you how [...]
Read More
⇛ view similar products
How To Get Her Back

Making one of these 5 brutal mistakes will destroy your chance of getting your boyfriend back in your arms. We will teach you how [...]
Read More
⇛ view similar products
Trump 2020 Gold Plated Coin

Real patriots support their President. This coin is a fine way to show off that support. Show your patriotic support for our presi[...]
Read More
⇛ view similar products
Secrets To Start A Coffee Shop